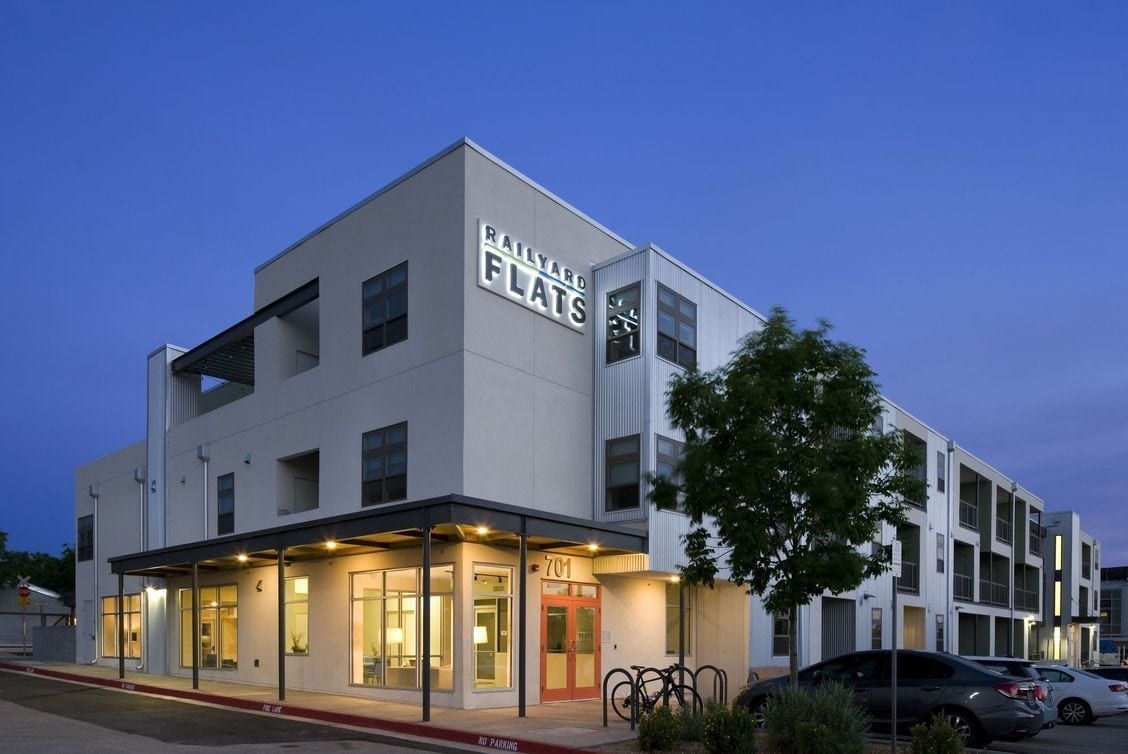 RCP Santa Fe Apartments invested in the development of a 58-unit multifamily apartment project in the urban core of Santa Fe, New Mexico. The project was developed on a 20,000 SF parcel under a long-term ground lease in the mixed-use Railyard District.

The Santa Fe apartment market had less than a 3% vacancy rate, this apartment project was the first new development in downtown Santa Fe in years as the market has significant local opposition to new development projects. The developer partner had already been working to secure the necessary entitlements for this project years before RCP’s involvement and only funded this project once the entitlements were received.

The project was completed on budget in about one year and upon opening was 100% leased at above pro-forma rental rates. The project cash flowed once it opened and was sold a year and a half later at a sales price that resulted in what was the highest price per apartment unit in the Santa Fe market.

The total investment lifetime was 2.3 years and sold in September 2019.

Back to Case Studies

Get In Touch With Realty Capital Partners Today